In 2020, around 250 private businesses became public through mergers with special purpose acquisition companies (SPACs) that were already listed on an exchange. Now in 2021, that number has already reached 313. However, so far the popularity of SPACs has taken a hit for the most part, as many of them are in the red for the year. Because of that, today’s article will discuss seven of the most successful ones of the past year.

SPACs are shell companies that have gone public issuing units to finance an unspecified acquisition. Usually, they first go public for around $10. Then, when news of a potential merger deal surfaces, the share price typically shoots up as the Street buys the hype. Finally, following the closing of the merger, markets begin paying attention to actual earnings and valuation levels. As a result, the price often falls.

In an email to InvestorPlace back in April, James Angel — an associate professor at Georgetown University’s McDonough School of Business — noted the following:

“After the initial euphoria surrounding any new successful product, the market is coming to its new normal in which SPAC deals are being more closely scrutinized by investors and regulators. Investors should approach SPACs like they would any private equity investment. The key question to ask is whether they trust the manager to bring in a good deal. Does the SPAC’s management team have the right experienced people? What is their experience and track record? Do you trust them?”

Of course, it’s important do your due diligence with all investments — and especially SPACs. That said, there can be a lot of promise in these “sub-unicorn” companies that come public via a blank-check company.

As 2021 has shown, not all SPAC mergers are successful — the stock price of such entities can go below $10 within a few months. However, although the SPAC bubble seems to have burst in recent weeks, there are still many successful SPACs out there. So, here are seven SPACs that are still creating shareholder value. Let’s dive in and take a look at each one:

SPACs of the Past Year: Adapthealth (AHCO)

In November 2019, DFB Healthcare Acquisition announced a reverse-merger with Adapthealth. At the time, the stock was around $10. Today, AHCO stock is just shy of $24.

The company released fourth-quarter and fiscal year 2020 metrics in early March. Revenue for Q4 was $348.4 million, up 133% year-over-year (YOY). The company’s net loss came at $31 million, or 47 cents per diluted share. In the Q4 results, management guided for revenue to be between $2.18 billion and $2.35 billion for this year. However, that guidance has since been raised to between $2.22 billion and $2.39 billion.

On the Q4 and full-year 2020 results, Co-CEO Luke McGee noted that Adapthealth was “benefiting not only from the underlying growth in the diabetes business in general, but also from our investments in our other chronic disease businesses such as obstructive sleep apnea.”

Additionally, on Feb. 1, AHCO shares saw a record high of $41.58. Today, though, shares have dropped slightly on the release of Q1 results. The current forward price-earnings (P/E) and price-sales (P/S) ratios for this pick of the SPACs are 19.96 and 1.45, respectively. Interested investors could consider buying into the share price around these levels. 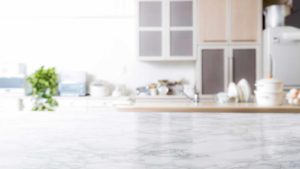 Betterware de Mexico is a leading direct-to-customer company in Mexico. Its product portfolio includes various gadgets and products for the home, such as kitchenware, technology and mobility products.

On the results, the executive chair of the board, Luis Campos, commented, “We had an outstanding finish to a strong year of growth for our Company. We generated record sales and earnings for both the fourth quarter and fiscal year, exceeding the increased guidance we provided last November. The year marked significant milestones including growing revenues over 135% to $7.3 billion pesos and achieving record annual EBITDA margin of 29.8%.”

Today, BWMX stock is seeing record highs, most recently hitting $49. Currently, the shares sport a forward P/E ratio of 17 and a forward P/S ratio of 3.23. In the case of potential profit-taking, investors could consider buying this pick of the SPACs around $43 or even below.

SPACs of the Past Year: Draftkings (DKNG)

Draftkings, a digital fantasy sports and iGaming group, was founded back in 2012 and has been one of the hottest SPACs recently. When it completed its reverse-merger in late April last year, investors took notice. Starting out, DKNG stock began trading at around $21 per share. In March 2021, they hit an all-time high of $74.38. Now, they are changing hands for around $53. However, despite the recent decline in price, the Street still likes this company.

DKNG stock’s forward P/S and price-book (P/B) ratios of 21.36 and 10.37 both point to a frothy valuation. However, investors believe in the growth prospects of this group. So far in 2021, Draftkings has been striking deals with leagues and broadcasting networks. Long-term investors could consider buying the dips. 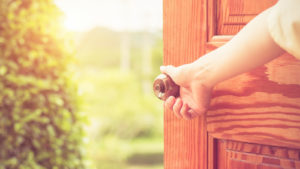 Opendoor released Q4 and fiscal-year 2020 results on Mar. 4. Revenue came at $248.9 million. Non-GAAP adjusted net loss was $41.3 million, compared to a loss of $86.6 million for the prior-year period. Additionally, net loss per share was 49 cents. Finally, cash at the end of fiscal 2020 stood at $1.5 billion, increasing about $820 million YOY. On the results, CEO Eric Wu said the following:

“Since creating the category seven years ago, we have generated over $10 billion in home sales, served over 80,000 customers and demonstrated our ability to scale efficiently. While we are pleased with the progress and foundation we’ve built, we are just getting started.”

Read More: Stocks to Buy: 7 of the Most Successful SPACs of the Past Year